Japanese dog breeds According to the Japanese canine organization for the protection and preservation of native Japanese dog breeds (Nippo), the register of purebred species includes only 6 aboriginal breeds – bred without human participation and retaining the recognizable features of their ancestors.

Registered Japanese dog breeds are based on local populations without the bloodshed of foreign species.

The list is based on breeds for hunting large and medium games. However, in the process of evolution, some dogs managed to retrain into companion pets or guards and spread far beyond the borders of their native Japan.

The Akita Inu (Japanese Akita) is the giant dog breed in Japan on the list. But despite its impressive size and physical strength, it is suitable for both a private house and a city apartment. The main thing is to allocate a place for the pet with a good view and realize the protective instinct.

Character. Due to the peculiarities of the Akita breed, dogs are restrained and slow. The pet prefers to sit in one place and guard the territory to active walks and playing aport. Playing with other dogs is the society of the owner and his family.

Cons. In the process of upbringing, difficulties in training and zooaggression are possible. The dog has difficulty memorizing commands and needs additional time to complete them. And being in contact with other animals shows dominant qualities and requires early behaviour correction.

Who suits. The Akita breed is chosen as a watchdog and companion for one owner or a family with children. However, raising a pet requires experience in working with breeds of dogs of the aboriginal group or classes with a professional dog handler.

Japanese dog species have a strong independent personality that is difficult to adapt to your lifestyle.

Shiba Inu (Shiba Inu) is one of the oldest Japanese dogs, recognized as a national treasure of Japan. However, despite the long isolation from the outside world – the International Cynological Federation recognized the breed only in 1964 – the popularity of the Shiba spread across the globe, and now kennels specializing in the breeding of the original Japanese dog can be found on any continent.

Character. In ancient times, the breed was exclusively hunting. Therefore, the dog’s personality has vigilance, stubbornness, and independence. The pet will defiantly skip commands and do only what he wants. In this case, the situation is aggravated by a developed sense of self-esteem. Therefore, in training, there should be no harshness shown to the dogs of the service group and the focus on a quick result.

Minuses. In the process of raising a Shiba Inu, you will have to show ingenuity and a sense of humour. But at the same time, remain consistent and persistent. Japanese types of dogs quickly remember the owner’s mistakes and stop obeying if he does not stand his ground.

Who suits. The Shiba Inu breed is perfect for a person who has experience in dog breeding. The Shiba owner should show leadership qualities but treat the dog like a companion and not demand ideal obedience.

The Kai Inu (Tiger Dog) is a primordially Japanese breed of dog bred in the remote mountainous regions of the island of Honshu. Therefore, it has survived to this day practically unchanged.

Today the breed is included in the list of national treasures of Japan. But despite its historical value, it has become a rarity even in its homeland.

Character. Kai Inu displays courage, restraint, and traditional Japanese pride. At the same time, they can firmly attach to a person and even enjoy the execution of his commands.

Kai Inu dogs are willing to live in a pack with other medium-sized dogs. However, keeping a pet with smaller animals is not safe. A breed bred as a game tends to mistake them for the game and injure them.

Minuses. The Kai Inu breed needs regular physical activity. Therefore, you will have to go for a walk every day and play outdoor games with the dog. And the pet will be very jealous of the owner for other family members and dominate other pets.

Who suits. Kai Inu dogs are suitable for active people living outside the city.

The breed was bred in the mountainous regions of the Japanese Kii Peninsula. Over the years of its development, it has gone from a primordial working dog that never left Japan to a companion pet known worldwide.

Character. The Kisu breed is susceptible to training. Therefore, it compares favourably with other native Japanese dogs. After all, a pet can be trained in complex commands and even take a course of security guard service with it.

Kishu will quickly get involved, maintain concentration, and exhibit the cunning and resourcefulness of the Japanese breed.

With children, the dog will behave following the standards of education laid down by the owner. But with strangers, he will be definitely restrained and wary.

Minuses. The Kisyu breed was developed for hunting big game. Therefore, it needs the realization of instincts. It would help if you regularly ran with the dog, took it out into nature, and gave sufficient physical activity. Otherwise, the pet will throw out the accumulated energy into the destruction of the house.

Who suits. Kishu is an excellent choice for hunters and people who live in a frequent house and need a guard.

Shikoku (Kochi-inu) is a rare Japanese dog with first-class hunting qualities and a touching affection for its owner.

Outwardly, the Shikoku breed vaguely resembles a wild wolf or another Japanese Shiba Inu breed. But in general characteristics, it is closer to a working group dog, which can be used in search and rescue operations and the police service.

Character. Shikoku dogs show vigour, playfulness, quick learning, and the characteristic vigilance of the Japanese breed. If necessary, the dog will act as a guard. But due to the lack of innate ferocity, she will never pounce first and remain restrained until she feels a severe threat. 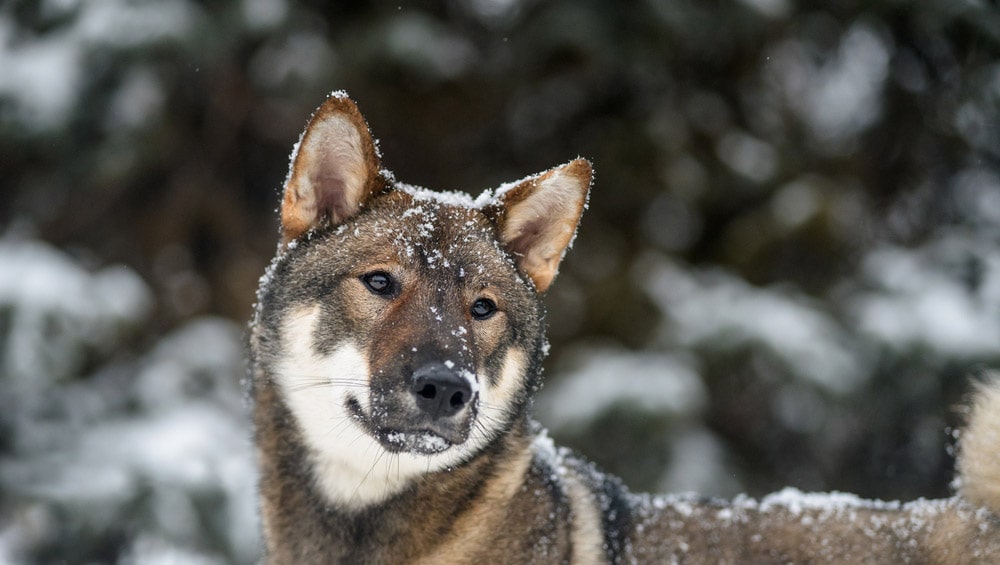 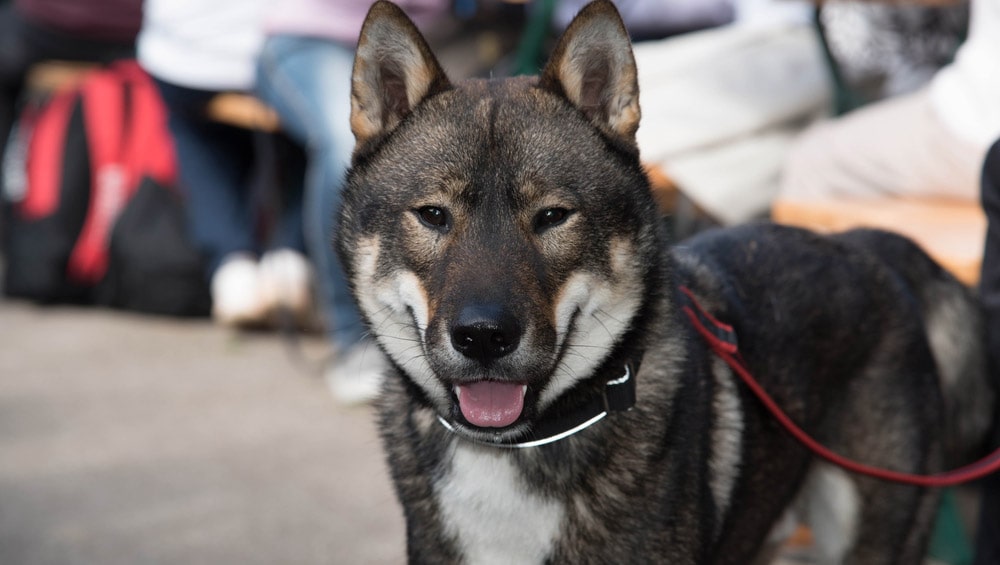 Minuses. Due to the qualities inherent in the breed, shikoku are prone to aggression towards other animals. Therefore, they need early socialization: the dog needs to be trained near relatives, introduced to other representatives of the animal world and encouraged to play with dogs similar to the Japanese shikoku in size and temperament.

Also, the breed is prone to escape when taking a trail or chasing another animal. Therefore, you will have to walk with your pet strictly on a leash and be attentive to the conditions of detention. If the dog lives in a private house, the yard should be fenced off with a blank fence.

Who suits. The Shikoku breed is not as stubborn as the aforementioned Shiba Inu. Therefore, they are suitable for owners without experience. The main thing is to provide your pet with long walks along an unfamiliar route and initiate physical activity.

Hokkaido (Ainu) is the oldest dog breed bred in Japan. But despite the centuries-old history and versatile working qualities, it did not receive wide distribution outside of its homeland.

Character. The Hokkaido breed can be used for hunting big game and guarding homes simultaneously. Recently, however, it has been increasingly started as a companion pet.

The dog exhibits intelligence, intelligence and trademark Japanese self-esteem. But at the same time, it remains soft and loyal to the owner. 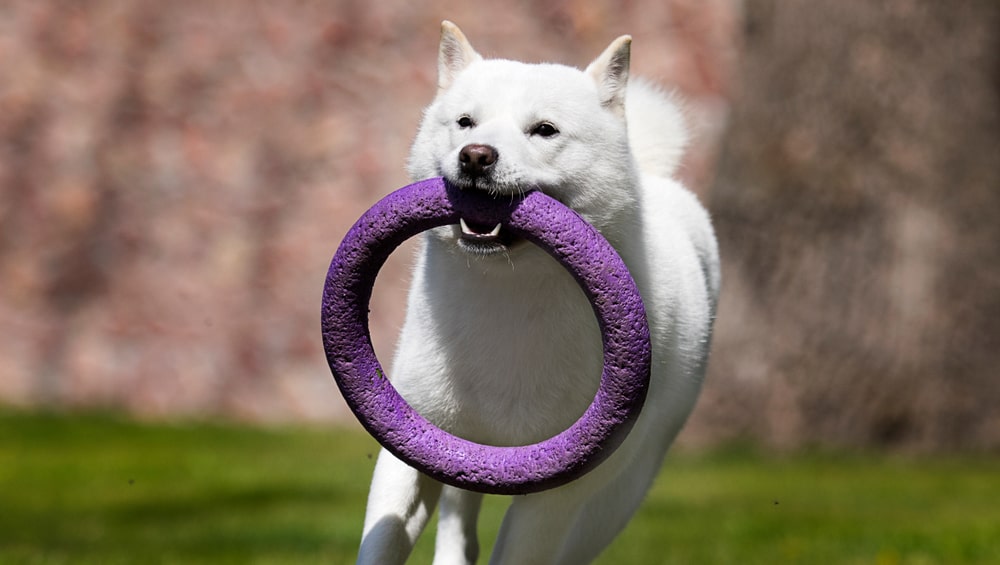 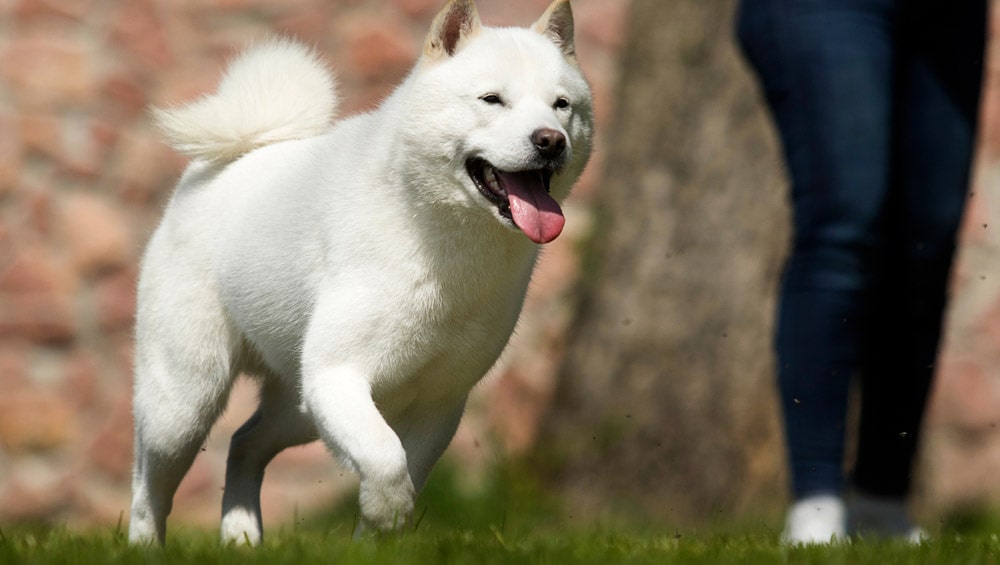 Minuses. Representatives of the Hokkaido breed are prone to rage and aggression towards other animals. However, it is not easy to correct unwanted behaviour. The dog has strong leadership qualities, and only a few can cope with them.

What is it like? Dogs of the Japanese Hokkaido breed were born to live outside the city and support the owner in any physical activity. The dog can be taken on hikes, taken out into nature, and taken to the big game with it. Otherwise, the animal will spend the accumulated energy to destroy the house.

Instruction to the owner “How to choose the right breed.”